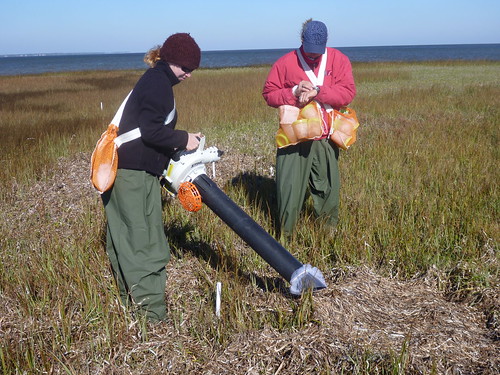 It has been COLD the last few times we’ve been out in the field. The first time (described accurately by Rob), we did not have sufficient cold weather field gear – David lent us some emergency use chest waders that he had on hand, and they were much appreciated despite the fact that we looked really silly and they were all split open at the feet by the end of the day!

Immediately upon my return to the lab, I ordered my team the trusty neoprene chest waders that I used throughout graduate school in northern California. As Emily and I can attest after going out twice more in the cold since then, they make a big difference! 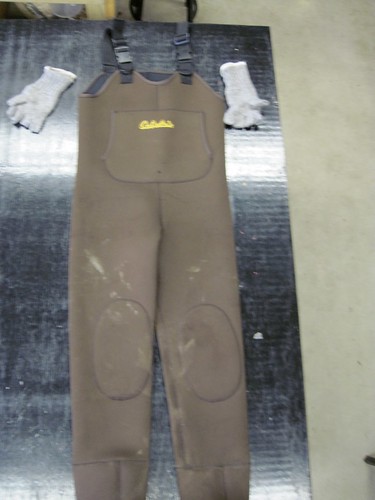 Aside from the change in attire, what else is different in the cold? Most obvious is that many of the cordgrass stems in our survey plots are dead. In marshes north of here, the above-ground portions of the plant will actually die back completely in the winter, re-sprouting from below-ground reserves in the spring. Here, there are fewer stems overall, and certainly fewer bright green live ones, but the plants will continue to slowly put up new stems throughout the winter.

The photos above are of Island 4 over the course of WFSU's documenting this work. The photo on the left is from May 13. The one in the center was taken at the end of Summer. You can see the grass is taller and more verdant, with cordgrass reproductive shoots popping up over the blades. The last photo is from the first of December.

The cordgrass reproductive stems are also now dead – most of them dropped their seeds in late November / early December, so they have done their job. Emily and I made a special trip to all of our survey sites a week or so ago to set out “seed traps”. And what, exactly, is a seed trap? In this case, it’s a Styrofoam bowl lined with Tanglefoot, the incredibly sticky substance that we use on our mesocosms to keep snails from climbing out. 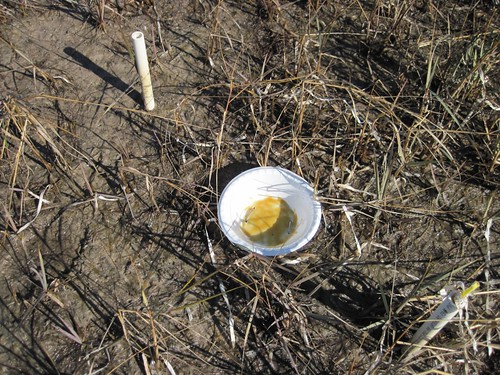 We have some plants in the greenhouse that we’re growing for experiments this spring, and they have been getting a little extra TLC on these cold, cold nights. We cover them with frost blankets at the end of the day, and then uncover them again in the mornings when it’s warmed up a bit. They seem to like the extra warmth! 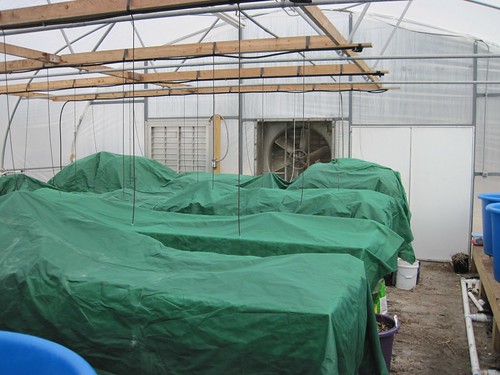 From a logistics perspective, the winter is pretty different for a number of reasons. First, it’s harder to find people available to go in the field. (And on really cold days, it’s not very appealing!) Emily will be back on campus taking and teaching classes next semester, so we’ll probably have to do some portion of the monthly surveys over the weekend, hopefully with the help of some undergraduate interns. 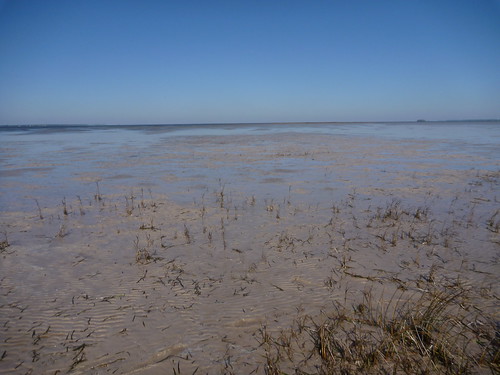 The second logistical challenge is the change in the tides. For most of the year, the low tide is in the evening / night, so it is easiest to kayak to our sites during the morning and early afternoon. In the winter, the low tide shifts to the middle of the day, and it’s often made even lower by a strong north wind, making it virtually impossible to kayak anywhere during daylight hours!

Our solution is to walk to the sites that we can, and kayak as close as we can to the others before we start walking. It’s a good thing that St. Joe Bay is shallow!

In January, we’ll be sampling fishes and small crabs in the marsh. We do this every couple of months to see how the abundance of the more mobile marsh community members changes seasonally. I don’t expect that we’ll find much, but I’ll let you know!