This week’s videos look at Dr. David’s Kimbro’s collaborators in the NSF funded biogeographic oyster study. While he has been the face of the study for On the Reef, he is one member of a team of scientists.  Today’s videos feature Dr. Randall Hughes (In the Grass) and Dr. Jon Grabowski.  Later this week, we’ll have a short video with Dr. Jeb Byers.  Randall and David’s posts accompanying the videos are reminiscences on their early days in marine ecology in North Carolina, where they and their fellow team members met while in school. 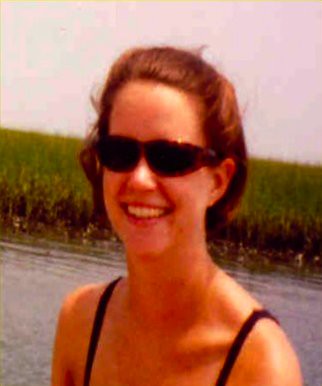 Getting my first taste of marine ecology.

In my last semester as an undergraduate at the University of North Carolina-Chapel Hill, I took a class in marine ecology from Dr. Charles (Pete) Peterson and Dr. Mark Hay.

At the time, I was a double major in biology and public policy analysis, and despite being just a few months from graduation, I was still very uncertain what I was going to do next. So when Pete asked me if I would like to work as a summer research assistant at UNC’s Institute of Marine Sciences for his graduate student, Jon Grabowski, I accepted with little idea of what I was getting myself into.

Jon’s project involved comparing the value of restored oyster reefs in different locations in the marsh (next to marsh edges, sandwiched between marsh edges and seagrass beds, or isolated on sand flats) as habitat for important fishes and crabs. What that meant in reality was that in the summer of 1997, we used ~2 tons of dead oyster shell to create 12 intertidal oyster reefs in Middle Marsh, NC – largely by carrying the shell in orange baskets from one big pile to the specific places where we needed it. 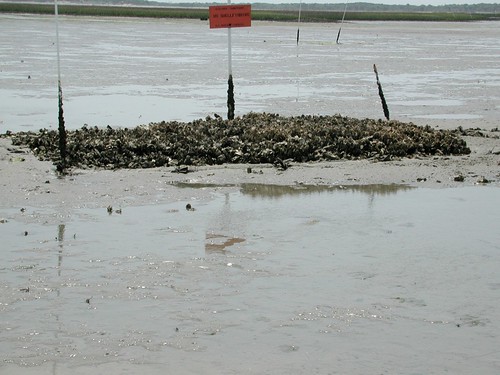 In the process, I learned to trailer and drive a boat, build 30+ fish traps that involved welding rebar together and dipping the whole contraption in “net dip” (the most disgusting substance known to man), deploy and retrieve those traps and happily (well, at least begrudgingly) handle the blue crabs, toadfish, and other critters that we caught, and various other tasks that made my parents wonder why I needed a B.A. degree for this job. But by the end of the summer, I was hooked! 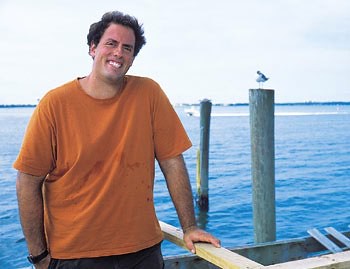 Jon, before he was Dr. Grabowski.

After that first summer, I returned to work with Jon for 3 more field seasons until starting graduate school myself in 2000. (David and my paths crossed at IMS, working for Jon together in 1999.) During the “off-season” I taught school, first in Mexico and then in NC, because I wanted to be sure that becoming an ecologist was really the thing for me. I love teaching, but I love research even more, and so going to graduate school seemed the logical way to combine the two.

Much like the no-see-um story from Jacksonville, the long hours and hard work involved with Jon’s project generated a lore surrounding that first (and subsequent) years. Here’s just one of my favorite stories from the summer of 1997 – 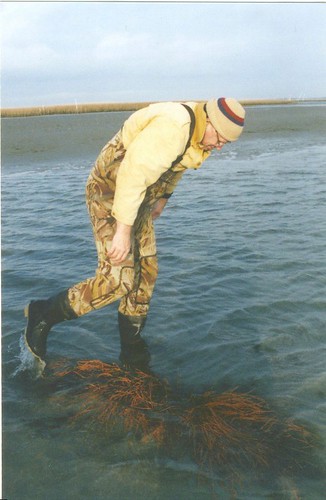 Once the reefs were created (and lots of stories could be told about that process), the plan was to sample them once a month over consecutive daytime and nighttime high tides. Because we couldn’t sample all of the sites at the same time, this involved 48 hours of effort with only short breaks in between times in the field. The first time attempting this sampling happened to fall the 2 days before I was scheduled to leave to start my job teaching in Mexico – oh, and on my birthday. After day 1, we realized that returning to the lab from our field sites and then going home to get cleaned up before getting some rest was burning lots of valuable sleep time, so we decided that the second night we would camp on one of the barrier islands close to our sites. Jon packed most of the gear, including a giant and heavy cooler, and off we went. Of course, it was the middle of the night when we finished up in the field and drove the boat over to Shackelford Island, and we hadn’t bothered to set up camp earlier in the day. Jon thought he knew of a shortcut to cross over to the ocean side, which had a nice breeze and far fewer mosquitos. Unfortunately, we didn’t find the shortcut immediately, and we ended up carrying the heavy cooler and all of our other gear while swatting and cursing mosquitos for quite a while. About 5 minutes from the beach side of the island (though we didn’t know that at the time), I snapped, announcing to Jon that I was NOT walking any farther and so we better set up camp in that spot. (I had maintained a fairly mild-mannered and easy-going persona all summer, but there was nothing mild about my ultimatum that we stop walking.) I was in better spirits after a few hours of sleep, feeling more than a little chagrined at my outburst when I realized how close we were to the beach, and especially when learned that the primary object in that heavy cooler was a chocolate birthday cake for me! I have since apologized many times, and Jon and I laugh and re-tell that story virtually every time we get together.

Of course, beyond the friendships, funny stories, hard work, and good food, we also learned a heck of a lot about oyster reefs and the animals that live on and around them. That’s why our current collaboration “On the Reef” is so satisfying – it’s a way to return to our roots scientifically, professionally, and personally. 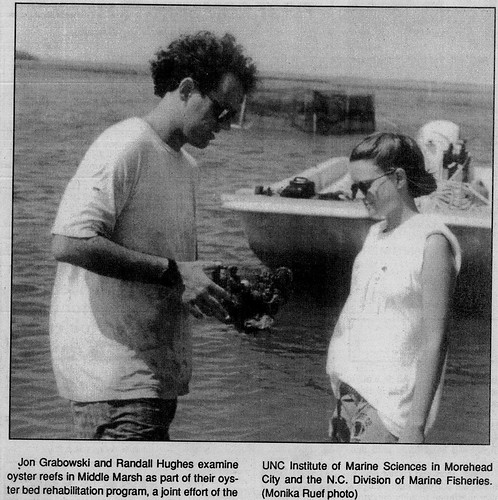 The biogeographic oyster study is funded by the National Science Foundation.

[…] now, I want to pick up where Randall last left off by reminiscing about how I first got into the research/oyster business and how it’s all Big […]

[…] hear funny stories about the crazy antics of Dr. Venerable Esteemed Professor when he/she was getting started as an ecologist back in the day, and relax and socialize with a group of very […]

[…] in person than over a Skype conference call? However, I’m happy to be working with David, Jon, Jeb, and Mike “on the reef” despite the geographic distance. Not only are they the right […]