While the focus of this site is of course the science and ecology of our coastal habitats, we do like to occasionally look at the people, the culture, and the history of the area.  This of course leads us back to those habitats, from which people on the Forgotten Coast have fed themselves and made a living for thousands of years. 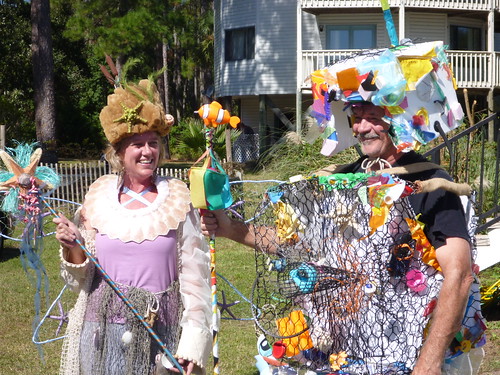 Revelers at the Mighty Mullet Maritime Festival. The event was sponsored by Big Bend Maritime Center.

The Big Bend Maritime Center is an ongoing project of Florida Foresight, which is a non-profit organization that incorporated in 2002.  Their vision is for balanced economic, environmental and social development of Florida’s coastal communities.  Maritime museums have proven popular in other parts of the coastal United States, so it makes sense that with the rich maritime heritage of Florida’s Big Bend and no current interpretations in the area, one might thrive here, as well.  In speaking with Bill Lowrie and Pam Portman, it became clear to me that this is a project they truly believe in and they have a real grasp of the obstacles they face as this project moves forward.  They are very serious about this being more than a museum.  Besides being an eco-tourism draw…it should be a center of local civic activity, an educational resource for area schools and a haven to preserve local maritime traditions before they fade into history.  It will still be a couple of years before this effort starts to bear visible returns, but I think it may be a real gem when it’s done and I look forward to seeing it become a reality. 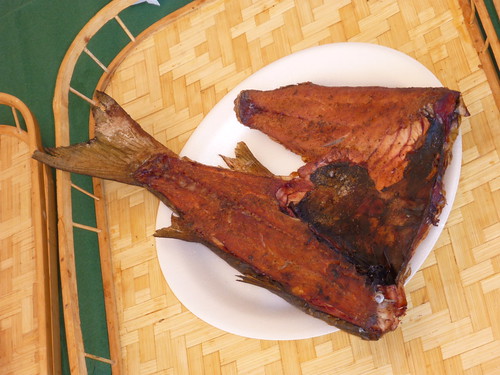 This mullet was an entry in a Maritime Festival cookoff.  Mullet has been a major part of people’s lives here for thousands of years.

Thanks to Del Suggs for letting us use some of his music on the piece.  The song he’s playing at the end of the piece is Magic Chair.  Here he is playing the song at the WFSU studios in 1989: