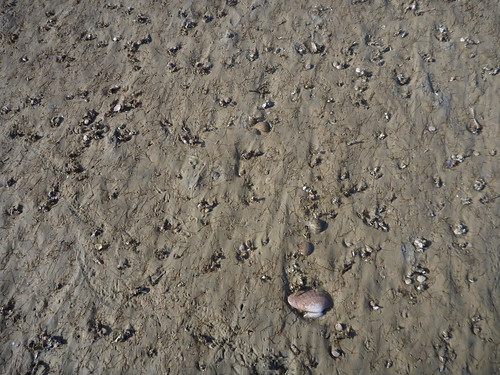 Dozens of different mollusk species interact within a relatively small area at Bay Mouth Bar, from all manner of bivalves to the predatory snails that eat them (and each other).

First Impressions
As soon as you arrive to BMB, it is easy to imagine and feel the same curiosity and fascination that Robert Paine brimmed with when he first immersed himself in the sand bar fifty years ago.

If someday you have the opportunity to visit BMB at low tide, then you would receive much pleasure in looking at 40000 m2 of sand, full of awesome critters!  Twenty minutes by kayak, that’s it!

One always thinks that it is difficult to appreciate something that is close to home. However, and despite the fact that I come from the Atlantic coast of Spain (Galicia) and everything in Florida is new and fascinating to me, the Gulf of Mexico and BMB are local jewels.  The diversity and abundance of species that live in these waters is truly fascinating. 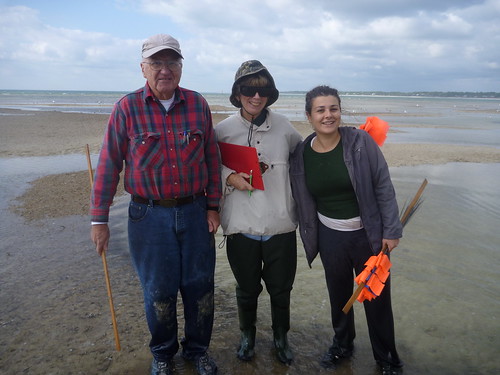 Perhaps this is the reason why two volunteers, Linda and Andy, have decided to follow us in this adventure day after day.  Without their excitement and dedication this project wouldn’t be the same. Each month we say… Let’s go to visit the gastropods!

First question… How can we divide-up a huge sandbar, which has an irregular-hexagonal shape, in a way that will permit some spatially-balanced sampling? How can we design our plots for obtaining as much information as we can?

For this end, David and his inseparable drawing board (check out how David planned this project) spent many hours together until… Eureka! Nine plots would be the solution so that we could differentiate between the most exposed part (facing to the Gulf) and the most sheltered part (face to the local houses), along with an intermediate part where our species would feel even more protected from very hungry predatory snails lurking in the shallow waters. 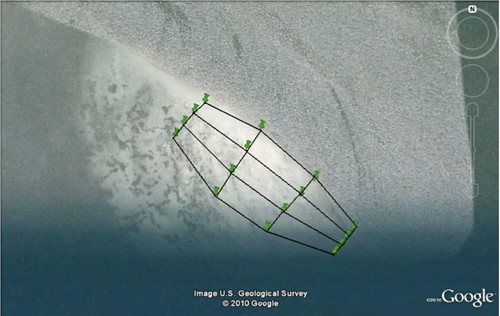 Our first attempt of dividing BMB into the nine plots was kind of chaotic. Consider that we are off-shore, so if it is windy at the coast, at BMB you can fly!

So… after almost feeling like birds in our first day; Andy, Linda and I had to come back with almost nothing done. 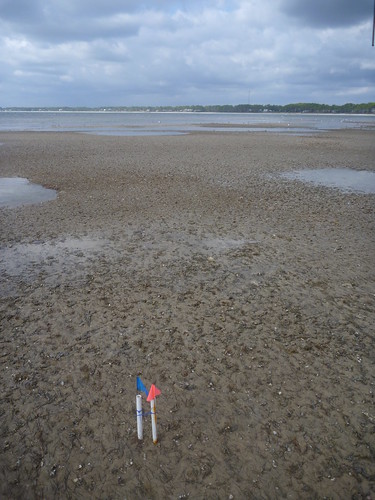 Our second attempt was more successful. Tanya and I went step by step and with a compass in hand (you can’t figure out how important this instrument is!).  And we finally divided the sandbar. We used flags and sticks to mark all points and voilà! We completed the beginning of this project.

It is worth mentioning that it took us longer than we expected and some soakings as well.  In fact, what first seemed like a very simple task took so long and so much effort that David began to worry that we were floating off into the Gulf somewhere; I must have had a thousand voicemails and text messages on my phone (which I was supposed to be monitoring!) from David.

As David explained in previous post, one interesting part of this Project is doing a census of gastropods. Don’t you wonder how everything could have changed in 50 years? Perhaps everything is still the same or maybe with so many boats and pollution in recent years we could find some differences. 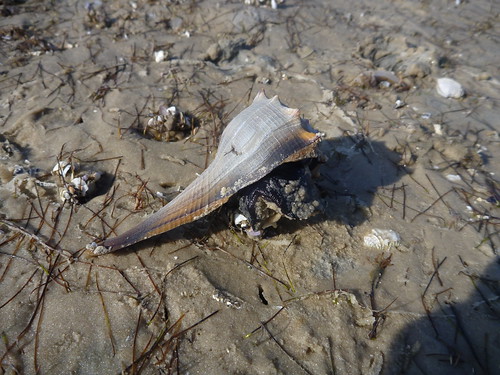 They were so right! Gastropods are huge and pretty! Once we found a Lightning whelk (Busycon  contrarium) longer than 30 cm, it was old! The following day the poor guy still was in the same place. I guess that dragging such a big shell could be difficult at such old age!

To count the gastropods we designed a system of ropes as to not get lost in the plots. Basically, we look at the ground and we take little steps so we do not miss anybody! We ID species and measure their lengths and little by little we are creating a database which has already more than 1000 individuals!

Well, here you have a little introduction to BMB. In the next “episode” I will tell you more, because we don’t only count gastropods! There is much more!

I feel like an old gastropod myself some days, yet I do manage to drag myself from place to place. Great article Cristina . . . I look forward to the next one!