Take a photo tour of the Forgotten Coast segment of the Florida Circumnavigational Saltwater Paddling Trail.  Watch a video on the trail on Wednesday, September 14 at 7:30 PM/ ET on WFSU-TV.

It all happened in about five minutes. The gull swooped down and grabbed a soft-shell blue crab about half its size, abandoned it to a swarm of small fish, whose activity may or may not have attracted a shark coming in from Apalachicola Bay.  I was standing at Sugar Hill, a beach campsite in the St. George Island State Park, the last campsite along the Forgotten Coast segment of the Florida Circumnavigational Saltwater Paddling Trail.  You can see this video on tomorrow’s dimensions.

Were a kayaker to try to make the five or six day paddle from Cape San Blas to St. George Island, they would likely see a few of these little dramas play out.  As Doug Alderson (Paddling Trails Coordinator for the Florida Office of Greenways and Trails)  says in the piece, it’s one of the wildest stretches of the statewide trail.  That means it has a lot of nice scenery of coastal habitats.  Much more interesting, though, is that they are functioning habitats. 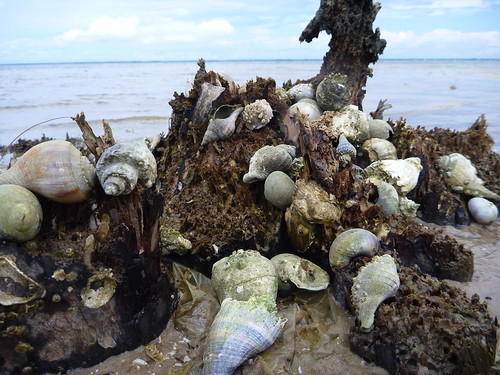 For instance, Doug loves to catch redfish when he camps on St. George; and they’re always there for him.  But why are these fish so abundant in Apalachicola Bay?  The answer is in those tasty oysters that put the name Apalachicola on the map.  Oyster reefs are a refuge for all kinds of animals like stone crabs, blue crabs, and various predatory snails and small fish.  It’s an all you can eat buffet for larger fish looking for those small fish and little mud crabs.  The action I described above happened by a seagrass bed not far offshore.  Those beds thrive in water that oysters filter clean, and so they provide another habitat for marine life in the bay.  I ate Apalachicola oysters for years without realizing just how much they give, and give, and give… 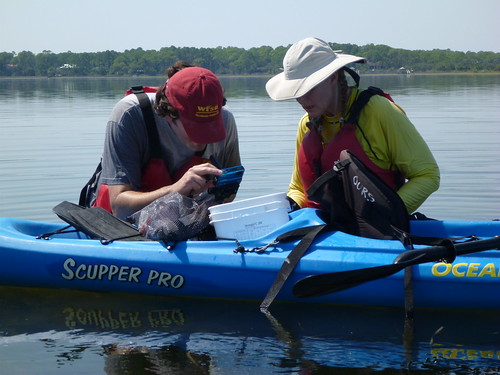 At the other end of the trail, In Saint Joseph Bay, we caught up with Dan and Debbie VanVleet of Happy Ours Kayak and Canoe Outpost.  When WFSU first started the In the Grass, On the Reef project, we rented our kayaks from Dan and Debbie.  Debbie’s been wanting to take us snorkeling for a while, to get some video of some of the critters living in seagrass beds in St. Joe Bay.  Kayaking over the shallow waters in the bay, you can see the turtlegrass from where you’re sitting, as well as rays, horseshoe crabs, and snails making their way about the sandy bottom.  To see the creatures living in the seagrass beds, you have to get out of the kayak.  This is where you have to be careful. 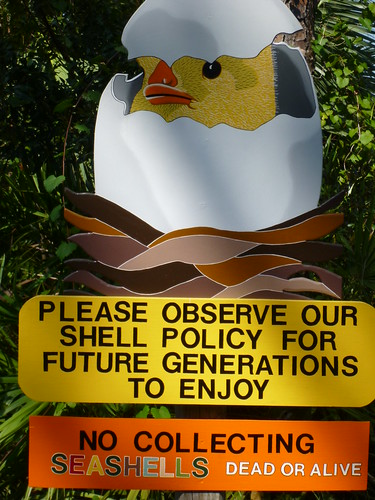 When I say be careful, I’m not just talking about your safety, though you should shuffle your feet to alert stingrays that you’re coming, or if you kayak to St. Vincent Island, definitely stay out of the way of charging boars.  You also have to be careful with these habitats, and the marine life within them.  Dan and Debbie (and local law enforcement) are very big on people not taking seashells out of the bay.  Taking a bunch of whelks and crown conchs out of the bay means taking out critical predators, removing a top layer in the local food web.  And, as the sign implies, even a dead shell has a role to play (any hermit crab would agree).  It’s called the “leave no trace” approach, and there are tips on how to best accomplish this on the trail website.  There are also safety tips and maps.  If you’re attempting anything more than a day trip along this trail, it’s a pretty comprehensive resource.

Doug has put a lot of work into mapping the trail- it took three years- and assembling resources so that people could best enjoy it.  You can hear the love he has for paddling when he reads from his book, Wild Florida Waters.  You’ll hear a couple of passages in the show tomorrow.  Even hearing him read about paddling in a strong wind kind of gets me excited about going out again.  It reminds me of paddling to safety in St. Joe Bay after a sudden thunderstorm erupts, or paddling in December when the cold water numbed my hands.  It’s not as predicable a form of recreation as visiting a beach resort.  But it’s never boring. 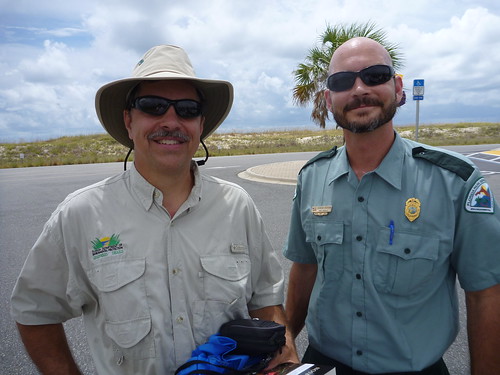 Thanks to Doug (L) for talking to us, and Park Ranger Josh Hodson for driving us around St. George Island State Park. 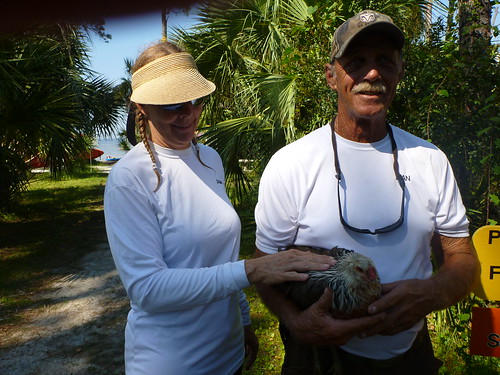 Thanks to Debbie and Dan for taking us out. Have fun out there.  And share your stories with us!  Click on the Ecotourism North Florida link above if you have an eco-adventure you’d like to see us cover.