We spent one day learning about invasive Hydrilla and alligators at Wakulla Springs, and then of course had to cool off!

For most of the month of May, I was busy teaching an undergraduate course at FSUCML. The course – Marine Biodiversity and Conservation in Florida – was a new offering, and it was lots of fun to put together. And, at least from my perspective, it went pretty well! (I guess you’d have to poll my students to get the true picture of how it went down.)

One of the best aspects of the course, for me, was to learn so much about the special part of Florida that we call home. We spent one day trying our hand at tonging oysters in Apalachicola, 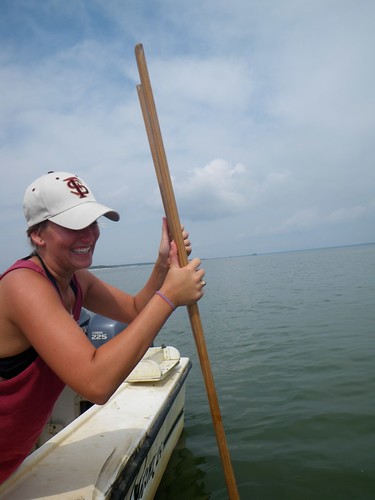 Tonging oysters is not easy! 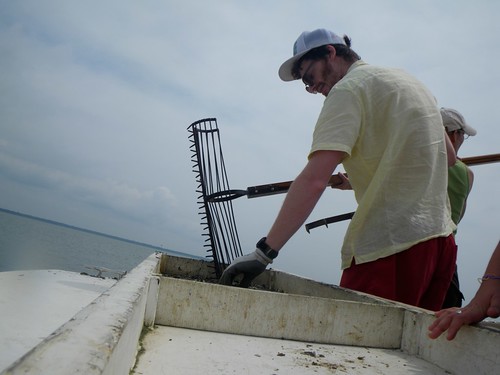 Our “catch” was pretty meager.

And another day trawling the seagrass beds in front of the marine lab to see what we could find. 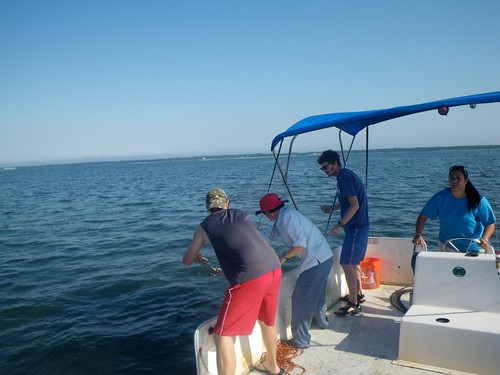 Pulling in the net 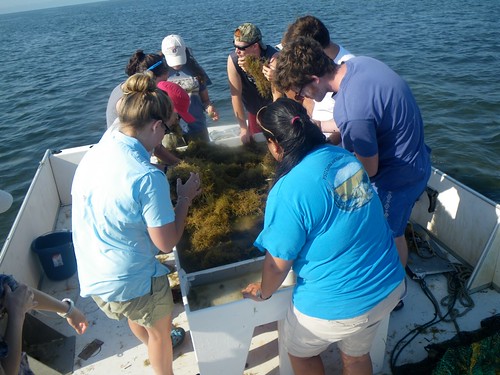 (In the trawl pictured above, lots of algae!)

Despite those salty outings, the title of the course really should have been “coastal” or even “panhandle” biodiversity – we covered much more than just marine habitats. In particular, we spent a lot of time hiking through and discussing the longleaf pine / wiregrass ecosystem, as well as one of its more famous inhabitants – the red cockaded woodpecker (RCW). 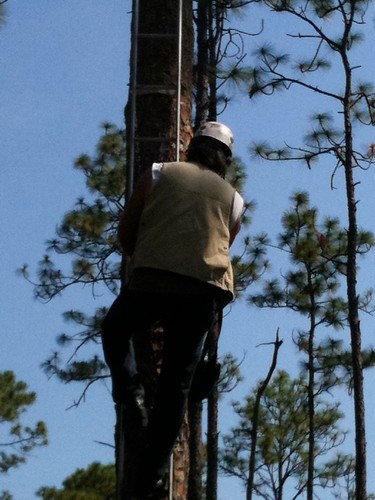 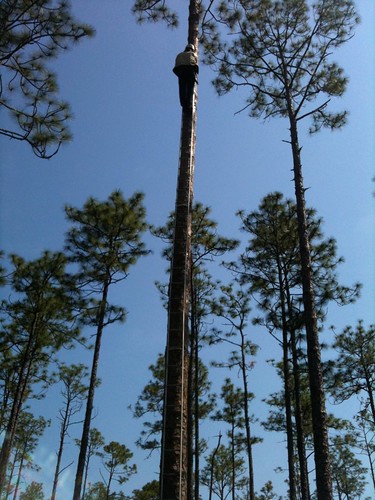 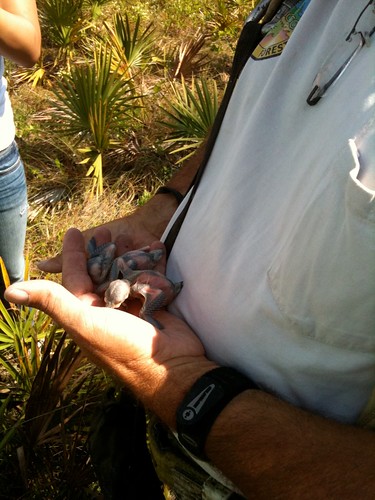 We even got to watch as some 7-day-old RCWs were brought from the nest, banded so that the Forest Service can track their identity, and then released back in the nest! (That old wives’ tale about mother birds abandoning babies that have been touched by humans? Just that – a tale!)

We also had the treat of getting up close and personal with another forest inhabitant – the Florida black bear. One was trapped near the lab for being a nuisance (getting after someone’s goats), and we observed as it was first immobilized, and then weighed, tagged, and inspected. (Oh, and he also posed for lots of pictures!) Once he recovered, he was released into an area a little farther from human inhabitants, in the hopes that he wouldn’t return to his old tricks. 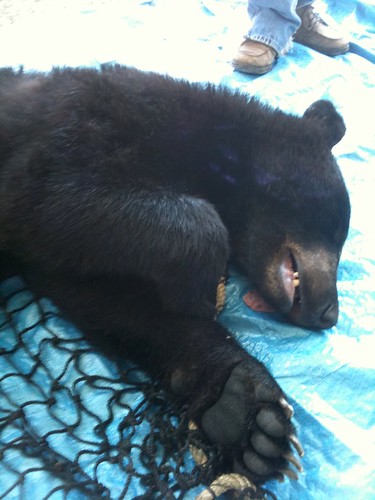 But back to the longleaf pine. It’s a bit hard to believe, but the longleaf pine ecosystem used to cover much of the Southeastern U.S. – these days, approximately 98% of the habitat is gone. But you can find beautiful examples of what used to be in areas like Tall Timbers Research Station and the Apalachicola National Forest. Think beautiful savannahs, full of grasses and an amazing diversity of plant species (including lots of cool carnivorous ones), dotted here and there by tall pine trees. Not at all what typically comes to mind when I think “forest”. 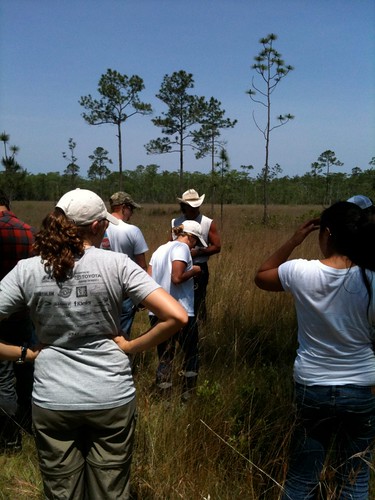 Checking out the longleaf pine ecosystem

So what allows the longleaf pine communities to persist in our region? Well, for one, they aren’t all being cut down. But perhaps more importantly: fire. Frequent fire (in this case, occurring at least every 2-3 years) keeps palmettos, ty-ty, and hardwoods from getting a foothold in the system, whereas the wiregrass, longleaf, and other plants and animals associated with this ecosystem thrive. 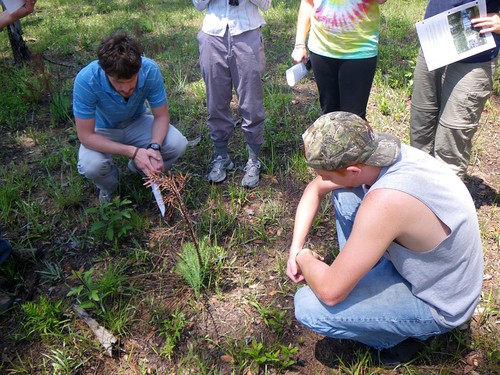 Observing a pine seedling that is resprouting after a fire

Most people tend to have a negative reaction to forest fires – think Bambi and Smokey the Bear. But fire is a natural and critical part of the system, and a crucial component of forest management. After our class field trips to these amazing areas, I think we have at least 8 Tallahassee residents (the students in my class) who won’t complain the next time there’s smoke in the air from a prescribed burn!

Oh, and want to know one other old wives’ tale that our field trip to the Apalachicola National Forest put to rest? Putting nail polish on chiggers. Doesn’t work. Not one bit.

To see how effective Randall’s class was at oyster tonging, tune in Wednesday June 29 at 7:30 PM/ ET to watch the first In the Grass, On the Reef documentary. On WFSU-TV.

The new layout looks good, but you should change that banner it just doesn’t fit at all