Two European white storks are drawing a lot of attention at the North Florida Wildlife Center (NFWC) in Jefferson County.

First time parents Fernando and Stella are keeping watch over their 4 eggs.

“We didn’t even think this pair was compatible. They fought like a couple that’s been together for way too long,” laughs NFWC executive director Ryan David Reines. “Then just a few weeks ago, it was like day and night. (They were) connected at the hip — crazy amounts of vocalizations to each other, lots of breeding behavior — and out of nowhere they started building a nest.”

The nest is massive at about 6 feet in diameter, and they’re still adding to it. The nest is on the ground, perched on a very large root erupting from a giant oak tree.

Reines says the excitement around the eggs is because these storks are threatened by habitat loss and poaching in the wild. They’ve gone extinct in several of their native countries. The European white stork migrates into Africa and Asia, so they can be found across three continents. They usually breed in Europe in the spring.

Stella and Fernando are among a few dozen European white storks believed to be living in captivity in the United States. Stella arrived from a private owner in California when NFWC opened a few years ago. She’s believed to be 18 years old. A year and a half later, Fernando arrived from the Gulf Breeze Zoo in the Florida panhandle. He is about 30 years old. In captivity, these storks can live for 60 years.

Fernando and Stella are fiercely protective of their nest, and ‘clacking’ is their main way to vocalize.

Reines calls Stella and Fernando fantastic parents. “Both of them are taking turns incubating the eggs. They’re doing a wonderful job being extremely gentle rotating them. Rain or shine, someone is sitting on the nest,” Reines says. “They take turns adding twigs and fresh green plant matter to the nest.”

The eggs are expected to hatch around mid-May. Visitors to the wildlife center can see Fernando and Stella in an exhibit at the front of the property. If all goes well with the hatchlings, these will be the first birds produced at NFWC. 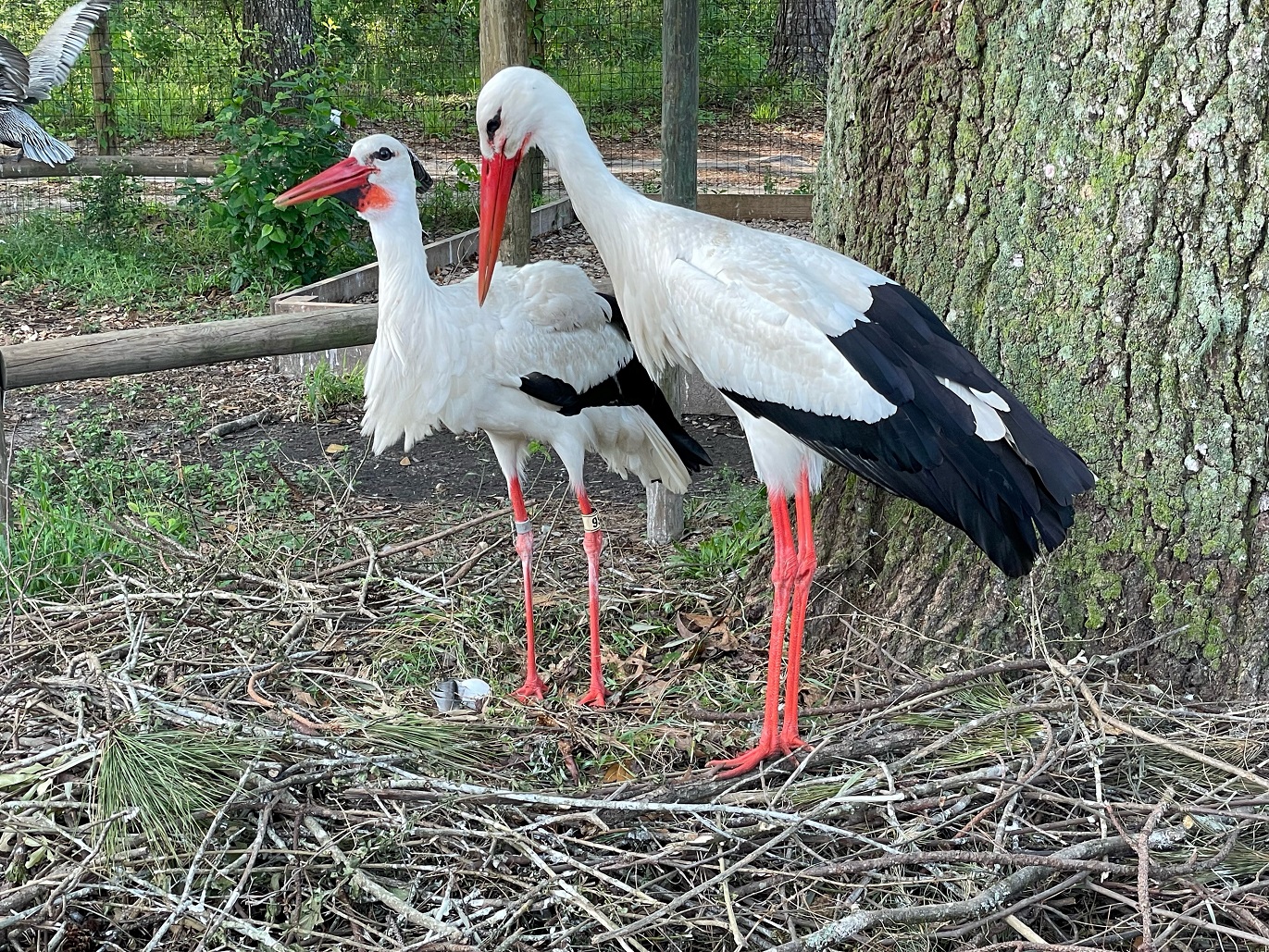