Much like Slave Canal connects the Aucilla and Wacissa Rivers, this post serves as a bridge between our oyster reef and salt marsh videos (not that we’re done talking about Apalachicola by a long shot).  One of my favorite things on this blog is when we can make connections between rivers and the coast.  Of course, rivers provide much needed nutrients and fresh water to the estuarine ecosystems I just mentioned.  But to the many cultures that predate european settlement of our area, they served as the equivalent of Woodville or Crawfordville Highway.  It’s how they got to their Forgotten Coast seafood.

Slave Canal is one of those places I started hearing about a lot when we started doing our EcoAdventure videos.  As soon as you get into the braided channels of the lower Wacissa, it’s easy to see why it’s one of the popular river expeditions in north Florida.  You’re paddling in a canopied river swamp where people have been paddling for several thousand years.  And minus some old growth cypress trees that have been logged in the last century or so, it looks much the same as it did when various native groups made use of the waterway to make seafood runs to the coast.  But it doesn’t look quite as it did when people first got there. 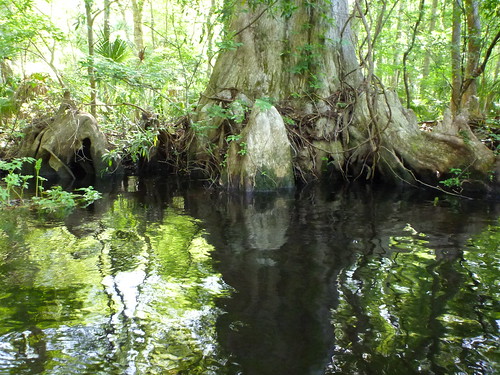 An old growth Cypress tree fortunate not to have been logged. Judging from the size of its base, Joe Davis estimates that it could be as much as 1,000 years old.

Evidence excavated at the Page/ Ladson and Ryan/ Harley sites points to people inhabiting what is now the Aucilla Wildlife Management Area for 12,000 years or longer.  At that time, Florida Fish and Wildlife’s Joe Davis told us, the ice ages were ending, sea level was lower, and the coast was further away.  Those first men and women walked on dry land where our canoes and kayaks passed over.  I can almost envision paleolithic man standing on one of the many ancient midden mounds as everything happens around him in time-lapse mode.  Rivers fill and flow to the Gulf, mastodons vanish, and different cultures come and go, piling shell and bone on to that same mound.  Pretty heavy stuff to think about on a fun Florida kayaking trip. 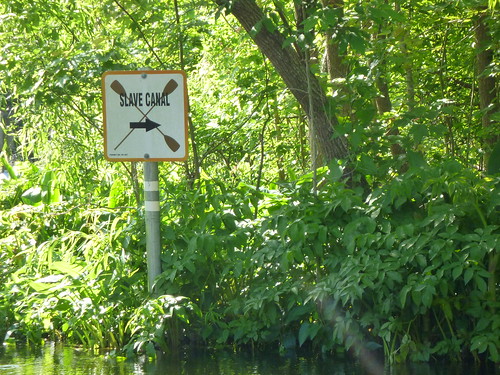 So how do you get there?  Here are links to a couple of maps. Florida Department of Environmental Protection put this PDF together with driving directions to two put in points along the Wacissa Paddling Trail. One is for the headwaters of the Wacissa, though Goose Pasture is closer by ten miles. It depends on how long you want to kayak or canoe. It’s about five miles from Goose Pasture to Nutall Rise on the Aucilla.  Goose Pasture is also a camp ground (first come first served, call 800-226-1066 in Florida or 386-362-1001 for more information).  Scroll down in the PDF for advice in finding the entrance to Slave Canal (hint- stay to the right). If you don’t find it amongst the braided channels of the lower Wacissa, you won’t find your take out at Nutall Rise.  You may also want a map you can take with you on the water.  The Rivers of AWE (Aucilla, Wacissa, and Econfina) Explorer’s Guide is available on the Wildlife Foundation of Florida’s web site.  It has detailed maps of the rivers with tips and suggestions, and is printed on water resistant paper.  It’s the map that Liz uses at the start of the piece.

Slave Canal is our third EcoAdventure on the Aucilla Wildlife Management Area.  We paddled the upper Wacissa and got some underwater footage of Big Blue Spring.  We also hiked the Florida National Scenic Trail along the Aucilla Sinks, where the Aucilla River goes intermittently underground, peeking out in “Karst windows.”  The WMA is a marvelous synthesis of history and prehistory, wildlife, and geology.  And, well, it’s full of these cool looking places. 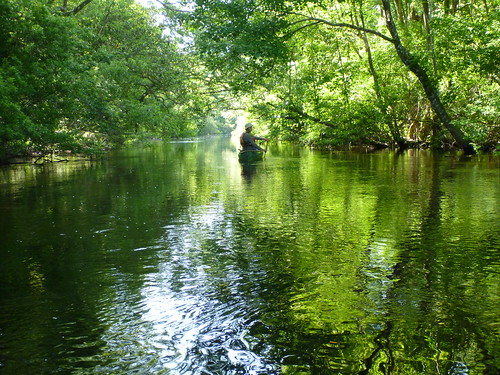 This is Nigel Foster, of Nigelkayaks. This link is to the trip gallery on his website.  As you can see, he’s been a few places. 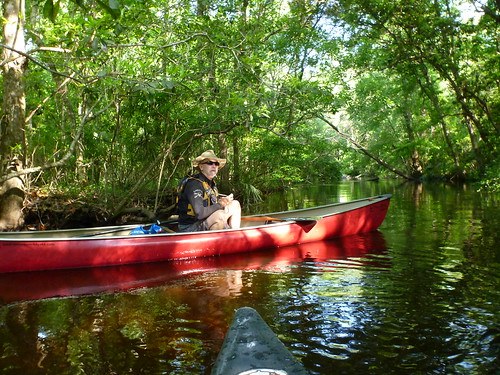 And this is Russell Farrow, Liz’s other guest. Russell is a co-owner of Sweetwater Kayaks in St. Petersburg, and you can see he’s been a few places as well. One of his passions is getting kids into the outdoors (and away from their screens). 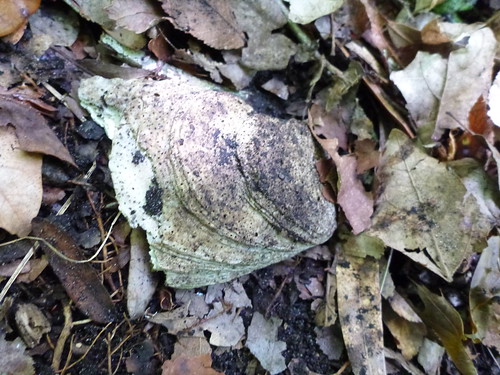 I do one thing on this blog all year that takes place away from the coast, but I can’t escape oyster shells. For how many thousands of years have people eaten oysters on the Forgotten Coast? This shell was on Coon Bottom Mound, the largest mound on Slave Canal. I’m looking forward to the next EcoAdventure, whatever that might be.  If you have any suggestions, leave a comment.

Music in the video by Philippe Mangold.