A world-renowned photographer visited the North Florida Wildlife Center (NFWC) in rural Jefferson County Saturday to photograph one of its residents.

Sartore is the founder of the Photo Ark. He’s been dubbed a modern-day Noah as he travels the world taking pictures of threatened species in captivity. 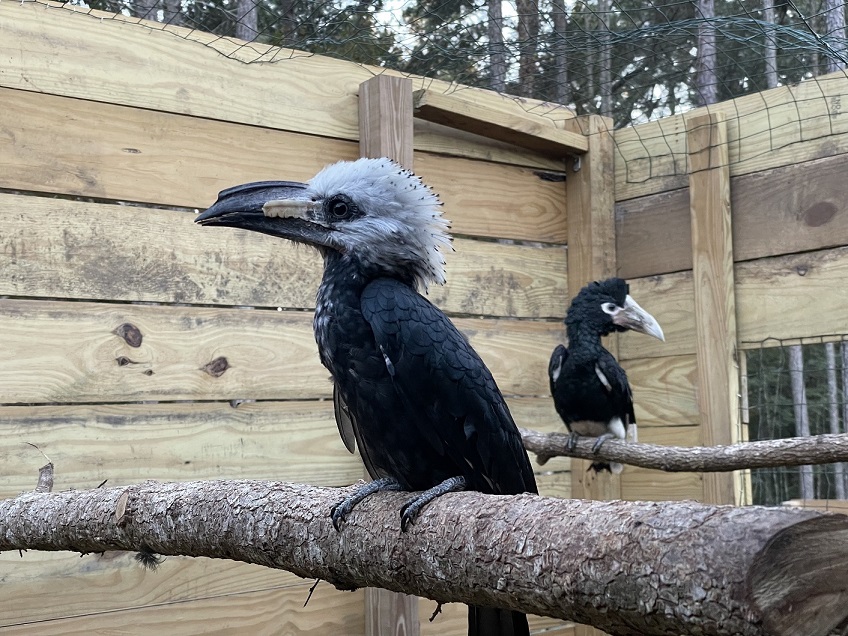 “We just crossed the 15-year mark for this project, and we’re coming up on 12,000 species,” Sartore says. “We figure the world has about between 20,000 and maybe 25,000 in human care, and the goal is to get all of them to show what biodiversity look like at this point in time.”

“National Geographic and Joel want to photograph all species in captivity before they become extinct in the wild forever,” says NFWC director Ryan David Reines. He invited Sartore to meet a new arrival named Matilda.

“Matilda is the only white-thighed hornbill (in captivity) in the United States. So she’s a very special bird,” says Reines. Matilda is from an area of Africa that is subject to heavy deforestation and poaching. “She was donated to us from another zoological facility after her mate died because they know that we have huge emphasis on avian conservation here and that we are able to give her a really well purposed life.”

This is Sartore’s 4th visit to the NFWC. He heard about the center from his friends at the Gulf Specimen Marine Laboratory in Panacea, where he’s also taken photographs. 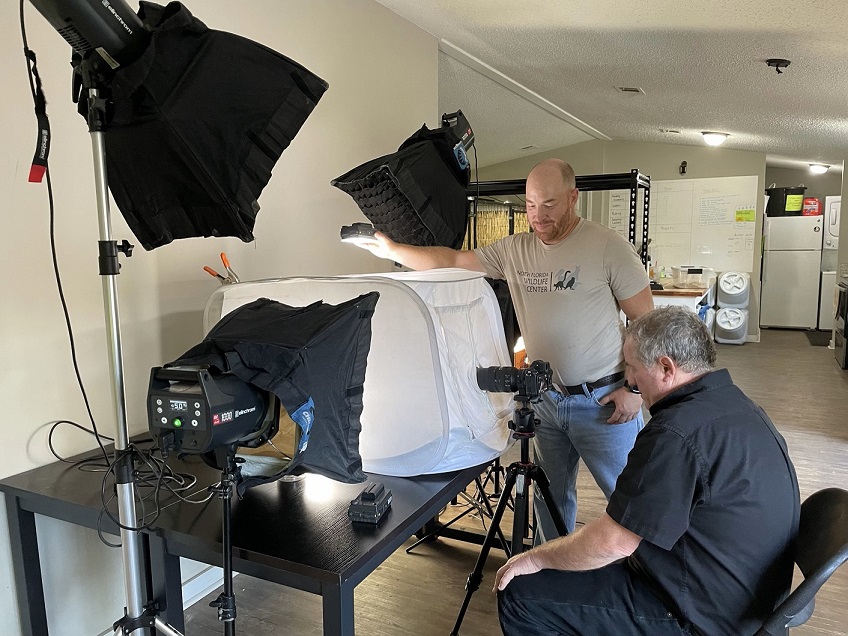 “There’s a lot of animals that just don’t get any respect at all, like freshwater mussels. They filter our water, and they have to have clean water, and so do we,” Sartore says. “So as they go extinct, so could we. So most of the animals I photograph have not really been documented very well before because they’re just small and brown. They live in the soil or muddy water or high up in the trees.”

You can see some of Sartore’s work in a new book called Photo Ark Wonders. It features some of the most unusual species he’s photographed.

By the way, if you’re a General Hospital fan, Sartore and his pictures are scheduled to be on the soap opera Tuesday.

“It’s a fun, interesting project,” Sartore says of the Photo Ark. “We’re not political. We just want to showcase beautiful animals and try to get people to just be aware that our fate is tied to theirs.”