The North Florida Wildlife Center (NFWC) has been waiting three years for a rare bird that moved in on Tuesday.

“There’s only a handful of them in the United States. Less than two dozen, which is nothing. They are endangered in the wild,” says NFWC executive director Ryan David Reines.

These birds are native to the region around Southeast Asia and are very rare in captivity.

The new arrival, a 14-year-old named Torük, will be paired with Séze, the center’s female wreathed hornbill who just reached breeding age. For now, the two are interacting through slits in a wall. 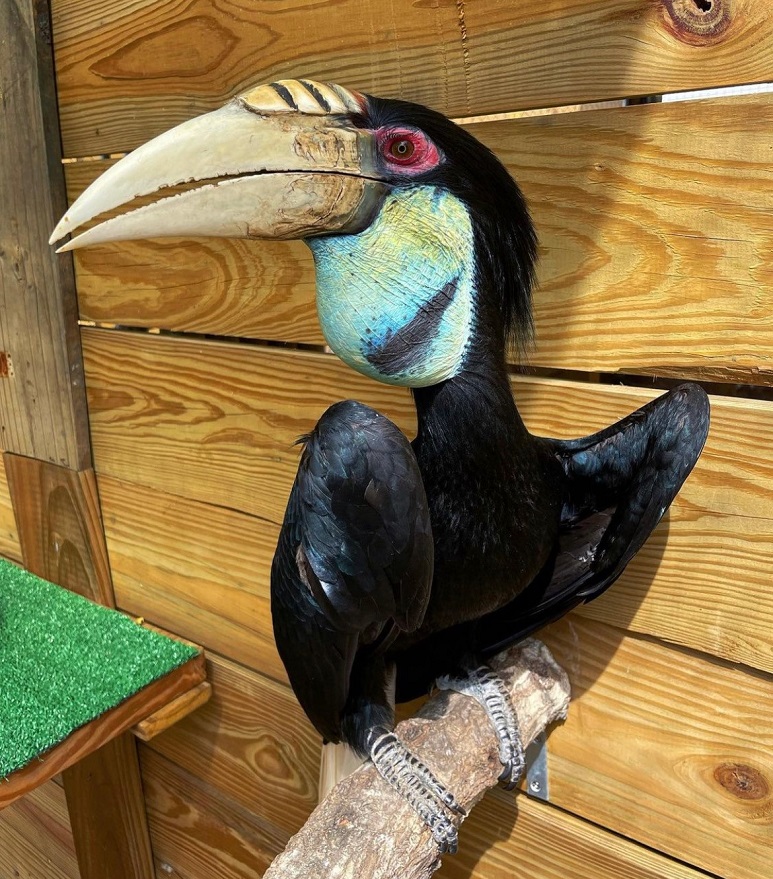 “For at least a few more days, it’s going to be only protective contact,” Reines says. “These are very big, powerful birds, so we want to avoid any potential arguments while they bond. We’re going to take this wall down, I think on Monday, and introduce the two of them officially.”

Torük’s previous mates – first at a California zoo, then another at an aviary in Orlando – died. The North Florida Wildlife Center in Jefferson County had the only other single female in the United States, which prompted Torük’s move here.

Reines says the couple could have offspring as early as the spring of 2023. Ultimately, the hope is that those babies will grow up and be paired with other wreathed hornbills in captivity.

A Port Charlotte family evacuates ahead of Hurricane Ian and loses their dog. Strangers come to help